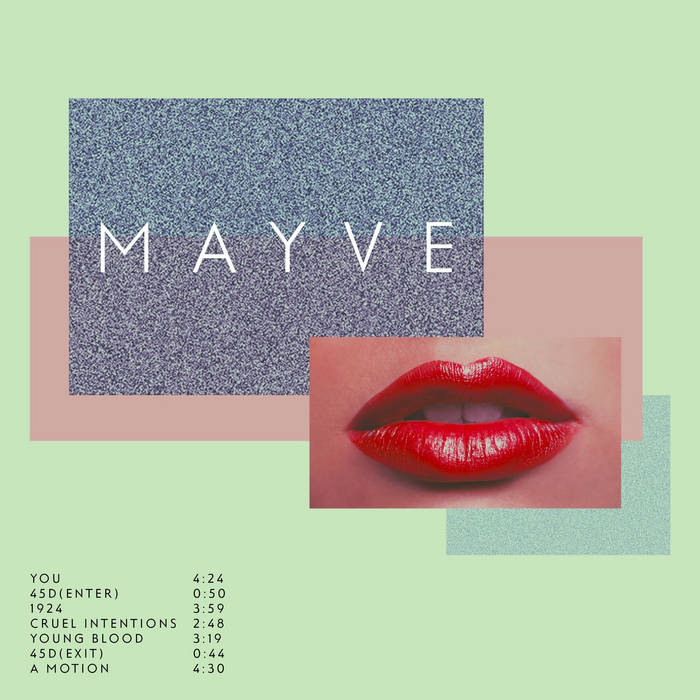 In the night I hear them coming, coming for me
In your eyes
Mirrored arrows, right behind me
Animal, wild thing
Dig your nails, show your teeth
Here you are, like always
Same with you, same with me

In the dark, we're wrapped in threads
They're calling for me
Paranoid, I watch the shadows dance around me
Medicine, feel the calm
Numb my thoughts, clear my head
Ninety one, twenty four
Same with you talk some sense

Audible growing pains. MAYVE is an alternative pop band from New York. Influenced by the music of the late '70s and early ‘80s, MAYVE applys the lens of modern culture. MAYVE wants their voice, sound and influence to live on the dividing line of light and dark, speaking real emotions and confusing times on top of an otherwise uplifting soundtrack. There's a long road ahead with plenty more to say. ... more